The Sacrament of Confirmation: Grace for Fullness of Faith and Life

There is a close relationship between the sacraments of Baptism and Confirmation.

While Confirmation is a distinct and complete sacrament in its own right, its purpose is to perfect in us that which was begun in Baptism. We might say—in a sense—that we are baptized in order to be confirmed.

Growing beyond a self-centered spirituality

We are born spiritually in the sacrament of Baptism. We become sharers in the divine life of the most Blessed Trinity. We begin to live a supernatural life. As we practice the virtues of faith and hope and love and as we unite with Christ in His Church in offering worship to God, we also grow in grace and goodness.

But in general our religious life does revolve around self.

Then we are confirmed.

We receive a special grace by which our faith is deepened and strengthened, so that it will be strong enough not only for our own needs but for the needs of others with whom we shall try to share it.

With the onset of adolescence a child begins to assume, progressively more and more, the responsibilities of adulthood. He begins to see his place in the total family picture and in the community at large.

It is in this sense that Confirmation is a spiritual “growing up.”

In order that we may have such a concern for Church and neighbor, in deed as well as in feeling, the sacrament of Confirmation gives us a special grace and a special power.

We now participate with Him in the task of extending His kingdom, of adding new souls to His Mystical Body. Our words and our works are directed not merely to our own sanctification but also to the purpose of making Christ’s truths alive and real for those around us.

The Catechism’s section on Confirmation says that Confirmation is the special outpouring of the Holy Spirit. Its effects are to:

A generation ago, we said that confirmed Catholics were “soldiers of Christ.” This indicates Confirmation’s effects: it configures us for a full & active mission of service to Christ.

The confirmed Christian—whether we call him a spiritual soldier or a spiritual adult—goes forth joyfully in the fulfillment of his vocation.

Strong in his faith and with an ardent love for souls which stems from his love for Christ, he feels a continual concern for others. He feels a restless discontent unless he is doing something worthwhile for others—something to ease their burdens in this life, and something to make more secure their promise of life eternal.

His words and his actions proclaim to those around him: “Christ lives, and He lives for you.”

The grace to do this is the grace which Jesus promised to His Apostles (and to us) when He said: “You shall receive power when the Holy Spirit comes upon you, and you shall be witnesses for Me… . even to the very ends of the earth” (Acts 1:8).

The roots of Confirmation

We do not know exactly when, during His public life, Jesus instituted the sacrament of Confirmation. This is one of the “many other things that Jesus did” which, as St. John tells us, are not written down in the Gospels (see John 21:25).

We know that Catholic Tradition (the teachings of the Church which have been handed down to us from our Lord, or from His Apostles inspired by the Holy Spirit) is of equal authority with Sacred Scripture as a source of divine truth. If a “Bible-only” friend thrusts out his jaw and says, “Show it to me in the Bible; I don’t believe it unless it’s in the Bible,” we do not fall into that trap. We answer sweetly by saying: “Show me in the Bible where it says that we must believe only what is written there.”

However, it does happen that the Bible tells us about Confirmation. Not under that name, of course. Aside from Baptism, our present names for the sacraments were developed by the early theologians of the Church; “Laying on of hands” was the earliest name for Confirmation. This is the name which the Bible uses in the following passage taken from the Acts of the Apostles:

It is from this passage, and the attempt of the magician Simon to buy the power to give Confirmation, that we get the word “simony”—the name given to the sin of buying and selling sacred things. That, however, is a very minor point.

We are particularly interested in this fact which the passage makes plain: the fact that it was the Apostles—that is, the bishops—who did the confirming. Whoever it was who had baptized the Samaritans very evidently did not have the power to “lay hands” upon them and to impart to them the Holy Spirit. Two of the Apostles, Peter and John, had to travel from Jerusalem to Samaria in order to give the sacrament of Confirmation to these new Christians.

The bishop was the original minister of Confirmation. Ordinarily, the bishop still administers this sacrament so that there is a clear link to the first outpouring of the Holy Spirit at Pentecost. However bishops can also permit priests to administer this sacrament, and in practice this is often done.

The rite of Confirmation

The essential part of the Confirmation rite is when the bishop or priest places his hand upon the head of each individual.

The bishop traces the sign of the cross on the person’s forehead—having first dipped his thumb in the holy oil called chrism—and says, “Be sealed with the Gifts of the Holy Spirit.” The newly confirmed person responds by saying, “Amen.”

Chrism is one of the three kinds of holy oil which a bishop blesses each year at his Mass on Holy Thursday. The other two kinds of holy oil are the oil of catechumens (used in Baptism) and the oil of the sick (used in Anointing of the Sick). The holy oils, all of them, are composed of pure olive oil.

From ancient times, olive oil has been looked upon as a strengthening substance; so much so that athletes were accustomed to bathe in olive oil before taking part in athletic contests. The significance of the holy oils used in the administration of the sacraments is then very evident: the oil represents the strengthening effect of God’s grace.

Besides the distinct and special blessing which each holy oil receives, chrism has another difference: balm has been mixed with it. Balm is a fragrant substance procured from the balsam tree. In the holy chrism it symbolizes the “sweet odor” of virtue; it tells of the spiritual fragrance, the attractiveness that should characterize the life of him who puts his Confirmation graces to work.

Are we allowing the grace to work?

The cross which is traced upon the forehead of the person being confirmed is a powerful symbol if it is really understood and acted upon.

It is quite easy to know whether I do understand and act accordingly. I have only to ask myself:

If the answer is no, then it means that there is a lot of grace being wasted—the special grace of Confirmation. It is a grace which is available to me in abundance if I will but use it.

Its strengthening grace will enable me to overcome my human pettiness, my cowardice in the face of human opinion, my fearfulness of sacrifice.

Strength to live in the world

In Confirmation, the bishop or priest places his hand upon our head and calls down upon us the Holy Spirit Who can, if we will let Him, transform our lives.

Without Baptism we cannot go to heaven. Without Confirmation we can get to heaven, but the going will be much rougher.

We know that Jesus did not institute any of the sacraments “just for the fun of it.” Jesus instituted each individual sacrament because He foresaw, in His infinite wisdom, that we would have need of certain special graces under certain particular circumstances.

In all of these circumstances, the grace of Confirmation comes to our aid (if we will let it) and irresistibly pushes back the urgings of self-will, helps us to preserve our sense of values, and keep us on an even keel so that faith may triumph.

The peace we find then is a real peace. 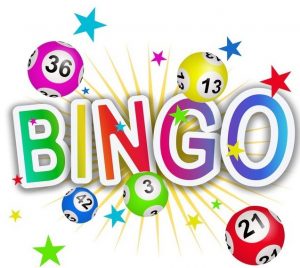 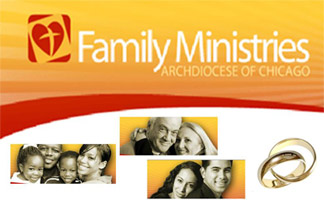